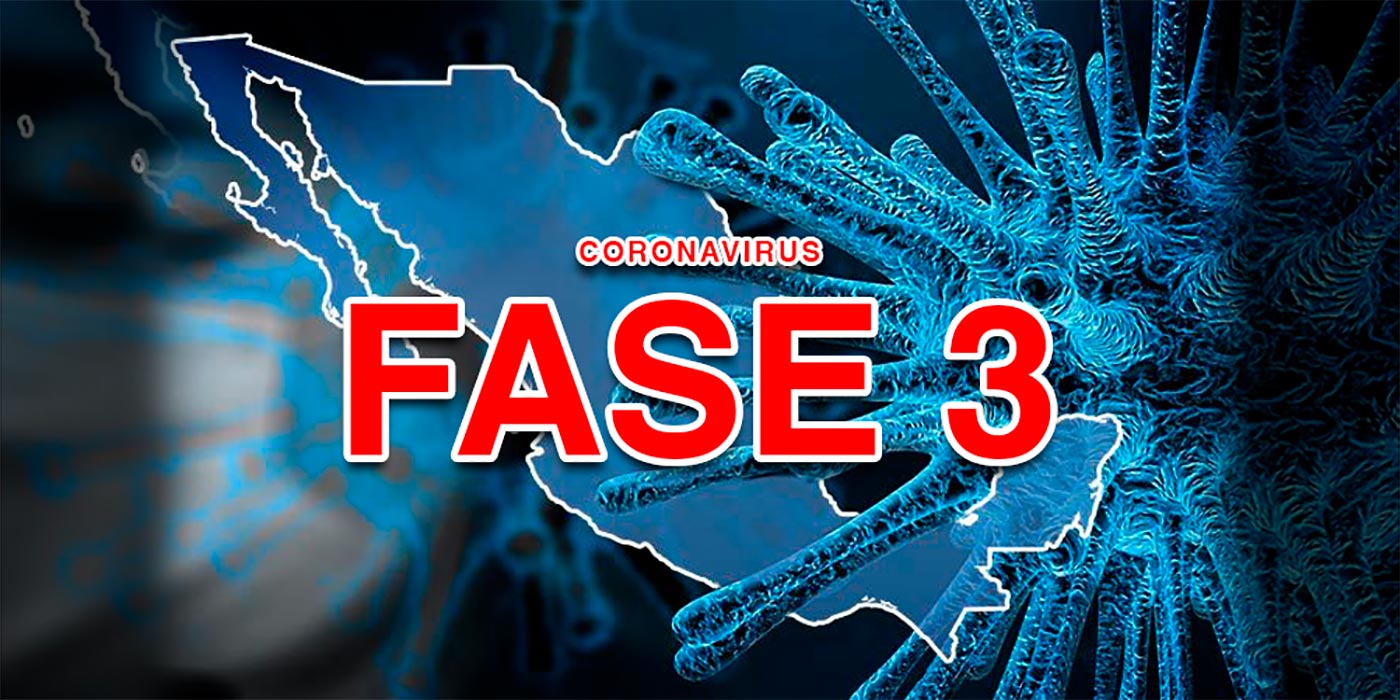 The General Health Council approved various provisions based on evidence of active outbreaks and spread in the territory with more than a thousand cases.

The Undersecretary of Prevention and Health Promotion, Hugo López-Gatell Ramírez, announced the start of Phase 3 due to the epidemic of COVID-19 in Mexico, during the morning conference at the National Palace, led by the President of the Republic, Andrés Manuel López Obrador.

Faced with this stage, he reported that yesterday the General Health Council (CSG), chaired by the Secretary of Health, Jorge Alcocer Varela, approved various control actions, after the evidence of the characteristics was exposed before this body of this stage: active outbreaks and spread in the territory with more than a thousand cases, as well as the recommendations of the scientific groups.

Among the measures approved, the following stand out: the extension of the National Sana Distance Day until May 30, and the extension until that date, of the suspension of non-essential activities, in order to mitigate the spread and transmission of the SARS-CoV virus- 2 in the community, to reduce the burden of disease, its complications and death from COVID-19 in the population residing in the national territory.

The mechanisms are those that are arranged, and it is the temporary suspension of all non-essential work activity in the public, private and social sectors. It is national in scope and must be enforced at the local level, he stressed.

He specified that private entities that continue to work and are not on the essential list, must suspend activities so that people do not have to attend the workplace and, as far as possible, do work at home.

López-Gatell Ramírez explained that activities in all public spaces such as cinemas, theaters, parks, squares and beaches are also suspended, as an effective mechanism of healthy distance.

If those municipalities where there is low or no transmission remain at that level until the date close to May 30, an early limitation of healthy distance measures may be made.

Likewise, the General Health Council approved maintaining the protection measures for the elderly and populations at maximum risk.

López-Gatell indicated that the corresponding CSG Agreement will be issued today, detailing the measures. The federal Ministry of Health will establish the corresponding guidelines to make these provisions operational, while the state health authorities have the responsibility of enforcing them in their territories, as well as applying the different administrative modalities that guarantee the implementation of the National Sana Distance Day.

“There can be no measures that are less rigorous in terms of the primary objective, which is to decrease mobility in the public space, less rigorous than those ordered by the federal authority, state authorities, state health authorities have an obligation to enforce them” he pointed out.

The number of confirmed cases by region are as follows: West, thousand 946; North, 938; Center, four thousand 442 and Southeast, one thousand 446.

In turn, the Secretary of Foreign Relations (SRE), Marcelo Ebrard Casaubon, reported on the start of the All Together agreement against COVID-19, in which private sector health institutions such as the Association of Private Hospitals of Mexico, Consortium participate of Private Hospitals and the Mexican Health Foundation (Funsalud), who have 3,115 beds to attend to cases of pregnancy and the puerperium, caesarean sections, appendix diseases, complicated hernias, complicated gastric and duodenal ulcers, endoscopies and cholecystectomies, without no cost for users.

For this, the number 800 213 26 84 is made available, where they will attend to beneficiaries and beneficiaries. Likewise, he clarified that it is not necessary that they attend directly to private hospitals, but that they will be channeled through the corresponding health institution.

For more information visit the website of the Secretaría de Salud.