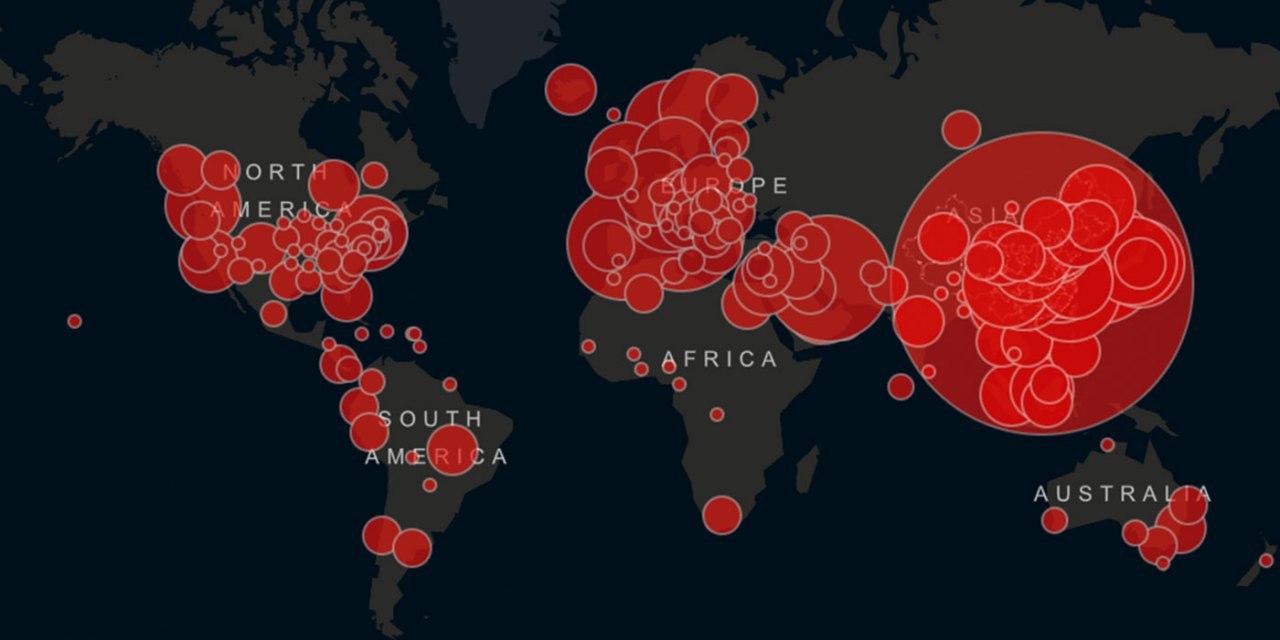 The organization’s CEO says he is concerned about alarming levels of virus spread and inaction.

The coronavirus is already officially a pandemic. The World Health Organization (WHO) declared it this way Wednesday during a press conference in which its director general reminded again and again that this is a global problem and that all countries are going to have to do a lot of their part. to fight the virus. Eritrean Tedros Ghebreyesus’ words swung between hope – “the pandemic can be controlled” – and severity. The WHO chief official began his speech with a harsh wake-up call: “We are very concerned about the alarming levels of spread and severity, and the alarming levels of inaction.”

Ghebreyesus explained that in the last two weeks, Covid-19 cases outside of China have multiplied by 13, the epicenter of the outbreak. More than 118,000 positives have been recorded in 114 countries, and deaths now number 4,291. And it was very clear with what is going to happen from now on: “In the coming days and weeks we expect the number of cases, deaths and affected countries to increase even more.” Experts interpret the WHO statement more as a political than a technical message, in that the virus was already widespread in many countries and much of the world’s population was already potentially exposed to it.

“With this statement you are saying that the coronavirus is not an issue that concerns only the countries that have epidemic spread of the disease, but that it concerns the whole of the WHO countries,” says Ildefonso Hernández, spokesperson for the Spanish Society of Public Health. (Sespas) and professor of this specialty at the Miguel Hernández University. “The definition of a pandemic is not priced,” he adds. “It is used rather to reinforce the idea that all countries should feel concerned and that all of them should apply preparedness and response plans.” Pere Godoy, president of the Spanish Epidemiology Society, agrees with him: “The declaration of a pandemic means very little. Perhaps it has value from the point of view of public opinion, but there really is no threshold, value or number of countries from which it can be said that it is a pandemic; de facto it was already before ”.

Aware of the level of alarm that can be generated among the population when speaking of a pandemic, Ghebreyesus himself stressed that “it cannot be used lightly.” “It is a word that, misused, can cause irrational fear, or unwarranted acceptance that the fight is over, leading to unnecessary suffering and death,” he said. And he insisted that the new name does not change things, nor what WHO is doing “nor what countries should do.” The director general recalled that his organization has been warning for weeks about the seriousness of the situation: “We have been asking countries every day to take urgent and aggressive measures. We have given the alarm signal loud and clear. ”

In addition to giving a touch of attention to some States, Ghebreyesus wanted to mention those that have made a great effort to contain the virus. He recalled that more than 90% of all infections have occurred in only four countries, and that two of them (China and South Korea) have already managed to reduce the number of cases. He also noted that 81 nations have not reported any coronavirus cases and that 57 have registered 10 cases or less: “We cannot say it louder, clearer or more frequently: all countries are in time to change the course of this pandemic ” And he added: “If countries detect, test, isolate, seek contacts and mobilize their citizens in response, those with only a handful of Covid-19 cases can prevent them from becoming transmission groups and that these become community broadcasting. ”

Pere Godoy believes that there is hope: “We will have to see if we are going to be able for the first time to stop and reverse a pandemic. I am sinning optimism but I think that it can be stopped, although the data goes against my opinion. If social distancing measures work and we are able to control it, I see it as possible ”. Ghebreyesus assured that even countries with community transmission or with large transmission groups have managed to change the course of the coronavirus. “Several countries have shown that the virus can be repressed and controlled. The challenge for many countries that are now at that point is not if they can do the same, it is if they are going to do it, “he added.

The declaration of a pandemic has no major consequences for Spain, says Hernández, who was director general of Public Health at the Ministry of Health between 2008 and 2011, where he prepared the General Law on Public Health. “It does not especially affect it because Spain is permanently coordinated with the European Union, where there are stable coordination mechanisms at the technical and political level, and because it also frequently participates in WHO coordination meetings,” he explains. Furthermore, “Spain is already concerned with the matter.” According to the latest official figures, this Wednesday there were more than 2,200 infected and 54 deaths.

“Instead,” continues Hernández, “there are other countries that may be seeing it from the sidelines. To them the WHO says ‘get to work, prepare your health services and ask yourself questions to know if you are going to be able to face it’. Questions such as whether they have enough diagnostic tests to detect the virus or the necessary medical supplies to cope with the arrival of patients in hospitals. “The normal thing is that they have already done so, but just in case he is warning them, remembering that they cannot be indifferent to this,” concludes the epidemiologist.

The epidemic generated by COVID-19 is declared a health emergency
31 March, 2020
Category
On Sale
Go to Top
Start Chat
1
💬 How can we help you?
Scan the code
Hello 👋🏻
Need help? We have FREE SHIPPING in local área 🛵🙂
EXCHANGE RATE